Compensation for Delay in Diagnosing Cyst 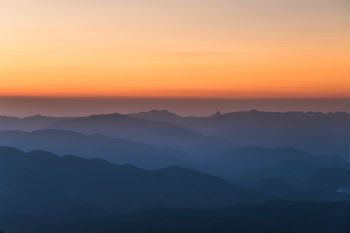 Compensation for Delay in Diagnosing Cyst

C received £14,000 for the delay in diagnosing and treating a keratocyst following routine radiographs taken at the claimant’s dental practice in November 2001.

Clinical Negligence: In November 2001, the claimant had routine radiographs taken at his dental practice. It was alleged that the keratocyst should have been diagnosed and treated at that time. However, the radiographs were not reported as abnormal and no referral was made. The keratocyst went undiagnosed until 2006 when it was noted by the claimant’s treating dentist. The claimant was referred to a Consultant Oral and Maxillo Facial Surgeon, who carried out further investigations and the cyst was confirmed.

The claimant subsequently underwent an extensive course of treatment involving four major operations over a ten-month period. In addition, during that period, he had to undergo repeated episodes of pack removal, irrigation and pack reinsertion. The claimant suffered pain, suffering and psychiatric injury because the suffering involved distress as to the nature of the treatment and concern of the risk of jaw fracture.

It was the claimant’s case that the defendant was negligent in failing to diagnose the pathology in the lower right molar area from the radiographs and to make the appropriate referral for treatment in 2001. It was further alleged that as a result of the delay, the lesion had extended considerably resulting in weakening of the bone and making the treatment more complex. The claimant alleged that if the treatment had been undertaken in November 2001, the procedure would have been more straightforward with a reduced risk of infection and jaw fracture. The claimant’s expert Maxillo Facial Surgeon advised that causation issues were complex.

The defendant admitted negligence in failing to diagnose and make the appropriate referral at the time of the radiographs in 2001, however, causation was strongly contested throughout the case.

The defendant sent a letter of response, admitting breach of duty but disputing causation. It was the defendant’s case that even if the cyst had been identified at the time of the radiographs in 2001, he would still have undergone the same treatment resulting in the same outcome. However, a partial concession was made that the overall course of treatment might have reduced by a third which might have had a modest effect on the claimant’s pain and suffering.

The defendant made a global offer of £10,000 together with costs. Following a further conference with counsel to explore the expert evidence on causation issues, the defendant’s offer was rejected. A counter offer was made of £19,000. Negotiations continued. The defendant required clarification of the expert evidence as it was apparent that there were significant points of dispute between the experts on causation issues. The opinion of a Consultant Oral and Maxillo Facial Radiologist was sought because the defendant raised an issue as to the precise measurements of the cyst and its growth.

Finally, the defendant made an offer of £14,000 which was accepted by the claimant shortly before protective proceedings were due to be issued.

Injuries: As a result of the delay in diagnosing the keratocyst, the lesion extended below the lower jaw resulting in considerable weakening of the bone necessitating complex and extended treatment than would otherwise have been necessary.

If you believe you have claim for delayed diagnosis against a medical professional, speak to out Medical solicitors at Lanyon Bowlde, we will be happy to help.