When The Force Awakens was due to come out, I posted a blog about whether Han Solo could bring a successful personal injury case following the events of Star Wars: The Empire Strikes Back. 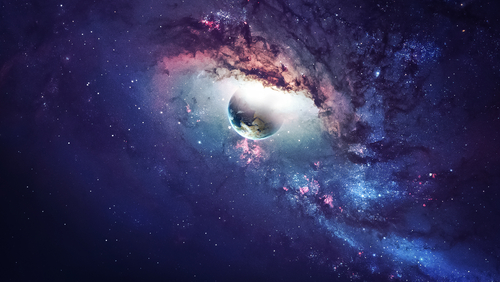 Since that blog I have now qualified as a solicitor in our personal injury department and couldn’t let the latest Star Wars film pass without a new blog. I thought that this time I would focus on whether Finn could bring a claim against the First Order, for the stress caused to him as part of his employment as a stormtrooper.

Please note that for my analysis below, I have assumed English Law would apply, that Finn would be considered an employee of the First Order (although we are never told about control and whether they receive a salary, sick leave, holiday etc) and that Finn had no pre-existing psychiatric history prior to the events of The Force Awakens. I have also assumed the First Order would be considered a genuine employer as opposed to a criminal enterprise.

This can be a particularly difficult area of law as while there are some principles that govern this type of claim, the issues that arise in the different claims are often varied and a lot of the law is case specific.

It is accepted however that every employer has a duty to provide a safe place and safe system of work. The normal principles of duty, breach, foreseeability and causation will apply i.e.

We will assume that the First Order had a duty of care in their role of the employer of Finn. The next and more difficult question is whether the duty has been breached.

Breach – A disturbance in the force

Employers are only held to be in breach of their duties if they have failed to take the steps which are reasonable in the circumstances, bearing in mind the magnitude of the risk of harm occurring, the gravity of the harm which may occur, the costs and practicability of preventing it, together with the justifications for running the risk. Employers are required to conduct a suitable and sufficient risk assessment, including identifying the risk of stress arising from the work activity.

The work activity we are looking at here is attacking and slaughtering innocent villagers in order to further the advance of the First Order. I am confident that any reasonable risk assessment would identify this work activity is likely to be stressful. The risk of significant psychological damage arising from engaging in this activity is likely to be high. The First Order would subsequently have had a duty to take reasonable steps to prevent their employee from succumbing to the effects of this stressful work activity.

Reasonable steps can include the following:

Based on the information we are provided with in the film, none of these safeguards appear to be in place. It is unclear what, if any, steps have been taken by the First Order to avoid or minimise the effects of stress on their employees, or even to identify symptoms of stress in the first place.

Causation and foreseeability – I have a bad feeling about this…

If Finn was to pass the tests in relation to duty and breach, he would then have to show that he suffered a psychiatric injury which was caused by the First Order’s breach and that this was a reasonably foreseeable consequence of the breach.

Generally speaking an employer is entitled to assume its employee can withstand the normal pressures of their job unless aware of some particular problem or vulnerability. In this situation, I think there would be a good chance of showing that psychiatric harm, arising from the stress of being forced to kill strangers, was a reasonably foreseeable consequence of the activity. Finn would need to show the First Order should have foreseen the risk of him specifically suffering this harm (rather than it being a risk to the workforce in general). This might be difficult, as we would need to show that Finn’s behaviour was such that the First Order should have been alerted to the risk of him specifically suffering psychiatric harm.

Finn would have difficulty showing his workload was more than would be normal for that job, or that unreasonable demands were put on him when compared to colleagues in comparable roles. As far as we know, all stormtroopers are required to shoot people when commanded to, and Finn was not treated differently. We could potentially look into whether there were indications that other stormtroopers were suffering from harmful levels of stress, (indicating this was a problem within the First Order’s organisation). If stress-related illnesses were prevalent among stormtroopers then this would be good evidence that psychiatric injury was a reasonably foreseeable consequence of the work. We would ideally want to see the employment records of all stormtroopers which would be a logistical and practical challenge, although these records should be disclosable by the employer in a redacted form which hides the other employees’ identities.

We would also need to know whether Finn has ever alerted his superiors to the stress he is suffering. On the face of it, this seems unlikely as the first time he appears to suffer a stress reaction is while on Jakku. He then returns to the base and is confronted by his superior but does not tell them that anything is wrong. He quickly decides to leave his employment after that confrontation. Assuming these are all the relevant facts and there were no previous incidents, it would be very difficult for Finn to establish that the First Order knew or should have known he was suffering from stress. His employer was under no obligation to interrogate him following his return from Jakku. There was no reason for them to conclude he was suffering from stress (again assuming there is no previous history that we are unaware of). It may be however that Finn could establish Kylo Ren had actual knowledge of his psychiatric injuries. Kylo appears to notice Finn has a significant reaction while on Jakku, and when later told that one of his employees has had a breakdown, released a prisoner and absconded with company property, immediately identifies that Finn is the most likely perpetrator. This is compelling evidence that the First Order was aware of the impact of the work on Finn.

Finn’s failure to report stress would also need to be considered within the work context Finn operated in. The First Order seems to be a rather hostile work place, where those who disagree with their superiors are likely to be throttled and where their current leader (Kylo Ren) regularly has violent tantrums in the work place. It is consequently understandable that Finn would not report his symptoms of stress, or complain about the work demanded of him out of fear of punishment. This evidence would also help to show that in breach of their duty as an employer, the First Order has not ensured that there was a suitable grievance procedure for Finn to use in order to deal with his stressful work activities.

A further complication Finn would encounter in bringing his claim is that the First Order is no ordinary employer. He is effectively employed as a member of the armed forces (albeit an evil armed forces). Assuming this would be analogous to the Ministry of Defence (MOD), the First Order could argue that they have the defence of combat immunity for any and all injuries sustained by their employees in combat situations. As Finn’s psychiatric injury arose from the battle at Jakku, he would not be able to claim for this injury.

However, like the MOD, the First Order is not just an employer, but also a provider of medical services. Finn could consequently bring a claim for the failure to adequately diagnose and treat his psychiatric injury. He would need to show, however, that the symptoms of stress were made known to the First Order and/or that there was not a proper system available for him to use, in order to complain and make it known that the situation was unacceptable and causing him psychological harm.

Do bring a claim or do not?

As discussed in the paragraph above, no claim can be brought for injuries specifically caused in combat. However, the ineffective systems the First Order had in place, to allow the proper reporting of stress-induced illness, could give rise to a claim for failure to adequately diagnose and treat Finn’s psychiatric injury.

When The Force Awakens was due to come out, I posted a blog about whether Han Solo could bring a successful personal ...