Breast Screening: Do We Need More Transparency About Breast Density?

On average, one in eight women will develop breast cancer during their lifetime. As with all cancer, early detection is vital, and the NHS breast screening programme plays a central role in this. Currently, the NHS invites women between the ages of 50 to 70 to go for a mammogram every three years. It may be, however, that mammograms are not the most effective means of detecting breast cancer in up to 50% of these women, due to a significant proportion having “dense” breasts. 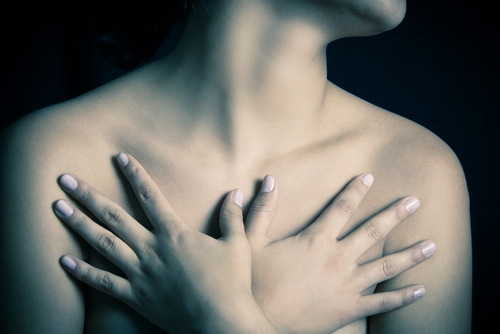 An increased breast density reduces the sensitivity of mammograms and makes it much more difficult to spot tumours. This is because dense breast tissue and tumours both appear white on the imaging; something that has been likened to trying to spot a polar bear in a snow storm.

What is “breast density”?

Generally, younger women will have denser breast tissue than older women, and breast density tends to decrease with age, usually declining during and after the menopause. Having “denser” breasts means a higher percentage of fibro-glandular tissue is present, as opposed to fatty tissue. This is something that can be a hereditary trait.

The Breast Imaging Reporting System (BI-RADS) adopted by the American College of Radiology, identifies four tiers of breast density. The lowest tier includes breasts which comprise less than 25% fibro-glandular tissue and the highest, or “extremely dense” tier, will include breasts comprising more than 75% fibro-glandular tissue. Breast density is not something you can accurately determine from a physical examination, and can only properly be confirmed by imaging techniques. It seems however, that in the UK not all women are advised of their breast density after mammogram screenings.

It is thought that around 40 - 50% of women over the age of 40 could fall into the higher two tiers of breast density. This brings into question the effectiveness of mammogram screenings for almost half of those women under the NHS screening programme.

Breast density is associated with an increased risk of developing breast cancer. This is twofold; research indicates that there is an increased risk generally in women with denser breast tissue, but the risk is also increased because of the fact that the cancer is harder to detect in the first place, particularly with mammogram imaging.

Research suggests women with dense breasts could be four to six times more likely to develop breast cancer than those women with more fatty tissue. A recent study led by the University of California, San Francisco, involving more than 200,000 women between ages 40 – 74, found that breast density was the most prevalent risk factor, more than other risk factors, including family history.

In the US, in about 27 States, legislation requires breast density to be reported to patients with annual imaging reports. Next steps vary between States, but emphasis is placed on follow up discussions and consideration of additional or alterative investigations for women with a higher breast density. Advocacy groups such as areyoudense.org are campaigning for the introduction of legislation in the remaining US states, and to educate the public on the impact of dense breast tissue on screening methods and delayed diagnosis of breast cancer.

On the flip side, critics argue that there is little point worrying a woman about increased breast density, particularly if no further action is going to be taken. Perhaps this is the position here in the UK, but if so, why would no further action be taken? A knowledge of increased breast density may lead to anxiety amongst women, and possibly unnecessary follow up investigations and “false positives”, but surely an unnecessary biopsy is preferable to an avoidable delay in a diagnosis of malignancy?

NHS screening currently uses mammogram technology. Perhaps alternative imaging techniques, such as ultra sound or MRI, ought to be considered for those women identified with higher breast density. For women with extremely dense breast tissue, is there any point in undergoing mammograms at all? Perhaps the age limit also needs to be lowered to 40, like in the US, and screenings offered at more regular intervals, particularly for those with higher breast density.

It is likely the NHS will argue that it is simply just not cost effective for the NHS to be able to offer additional tests/screening to women, and it may not be justifiable to offer additional or alternative investigations to only some women, and not all. There is logic in this approach and if additional or alternatives are not available on the NHS, women may have to explore more expensive options and go private, meaning those women without the financial means lose out.

Every patient is different and will have unique circumstances and risk factors, but if mammogram imaging reveals a high level of breast density, surely a discussion about any increased risk is warranted, and at least a consideration of additional or alternative investigations, including blood tests and/or imaging techniques. Clinicians should discuss risks and options with patients, and patients should be encouraged to broach the topic of breast density if they are worried about the implications.

It cannot be stressed enough how important early detection is with breast cancer, and the NHS screening programme plays such a pivotal role in this. I cannot speak for all women, but as someone who has been recommended to undergo early breast screening, I will definitely be asking about breast density, and whether a mammogram is the most effective approach for me.

Breast Screening: Do We Need More Transparency About Breast Density?

On average, one in eight women will develop breast cancer during their lifetime. As with all cancer, early detection ...