The stillbirth of a baby is one of the most shocking and devastating experiences any family can go through. It can result in depression and family breakdown.

Every day in the UK around 15 babies die before, during or soon after birth.  Worldwide in 2015 there were about 2.6 million stillbirths occurring after 28 weeks of pregnancy. The majority of these occurred in developing countries. 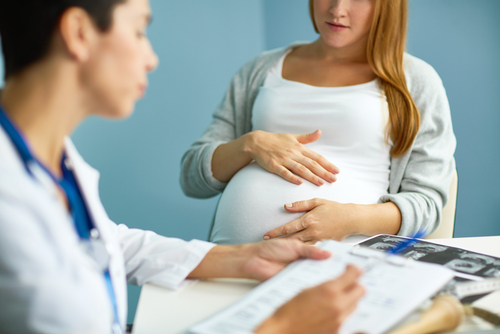 Stillbirth in the UK is defined as when a baby is born dead after 24 completed weeks of pregnancy.  It means that the baby is born without signs of life. The term is in contrast to miscarriage which is an early pregnancy loss, or a live birth where the baby is born alive but dies shortly after.

About half of stillbirths occur during childbirth rather than pregnancy, more commonly in developing countries.

Many causes are still unknown

The causes of a large percentage of stillbirths are still unknown. This can be particularly hard for grieving parents who want to understand what happened to their baby.  The most common cause is failure of the placenta. If the placenta does not work as it should, the baby won’t receive enough nutrients or oxygen and fails to grow or develop. Other causes include complications such as pre eclampsia (a disorder in pregnancy in which the symptoms include high blood pressure and protein in the urine), problems with the umbilical cord, birth defects and infections.

About 10% of cases are believed to have some maternal contributory factor such as obesity, high blood pressure, diabetes and epilepsy. Mothers with any of these conditions should have close monitoring during their pregnancy.

There are risk factors such as mothers age being over 35, smoking in pregnancy, multiple pregnancies, drug use and the use of fertility treatment.

A stillbirth is suspected when there is a change in the baby’s movement or no movement is felt. This is why health professionals (usually midwives) ask pregnant women to monitor the pattern of their baby’s movement from 16-22 weeks onwards. The movements will be checked and baby’s growth plotted at each antenatal appointment so that any problems can be picked up and investigated.

If a baby dies before labour starts the mother will usually be offered medicine to help induce labour. This is generally thought to be safer than Caesarean Section.

Usually tests are offered to find the cause of the stillbirth. These are not compulsory but may include blood tests, examination of the placenta and umbilical cord and checks for infection in the reproductive tract. A post mortem may also be carried out with permission of the parents

Most hospitals in the UK have specialist staff that will help support bereaved parents following stillbirth. There are also organisations such as SANDS (Stillbirth and Neonatal Death Society) who offer free support and also fund research to reduce the number of babies who die before birth.  Family members other than the parents such as siblings or grandparents may also need to seek support and counselling.

By law stillborn babies have to be formally registered. In England and Wales this must be done within 42 days of the baby’s birth, within 21 days in Scotland.

If you or a family member have suffered in any way that relates to the themes covered in this blog, contact the Obstetric Negligence Claims team at Lanyon Bowdler

The stillbirth of a baby is one of the most shocking and devastating experiences any family can go through. It can re...