It has recently been in the press about the alleged sub-standard treatment of intersex patients and their families, particularly with regard to whether families consented to life changing surgery on their children and psychological care. 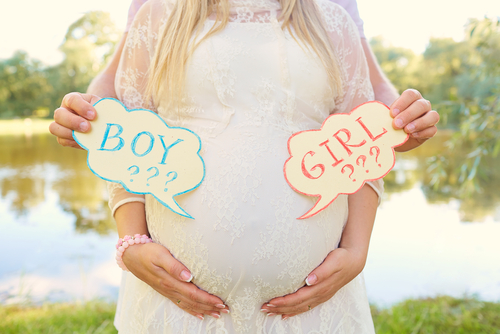 The BBC carried out an investigation into Great Ormond Street Hospital and found that doctors may not have properly discussed with parents irreversible surgery to determine their child’s sex. It was also reported that, in some situations, there was no access to psychological care for patients and their families. Consequently, the health regulator, Care Quality Commission (CQC) is making enquiries.

So, what does intersex mean?

Intersex is a generic term used to describe Disorders of Sex Development (DSDs). DSDs are rare conditions (occurring in approximately 1 in every 1,500 babies) caused when the reproductive organs and genitals of a baby do not develop as expected during pregnancy. DSDs can be inherited but often occur randomly and are usually identified either at birth or during adolescence.

An individual with a DSD may have typically male or female genes but their genitals and reproductive organs may be of the opposite sex to their genes, a mixture of male and female genes or not obviously either. A person growing up with a DSD might have both male and female characteristics. It is estimated that around 1.7% of the world’s population have intersex traits.

What happens when a baby is born intersex?

Firstly, if a DSD is suspected, tests are carried out to establish a baby’s internal and external organs, as well as their genes and hormones. If a baby is diagnosed with a DSD, doctors should then work with the baby’s parents to decide on the baby’s gender. Unfortunately, there is very little information available to the general public as to how this decision is arrived at.

A change in usual practice

In years gone by, intersex babies were generally raised as females. They would have any male genitalia removed during their early years. The decision seems to have been made due to fears that it would be harder for intersex children to grow up as males with “inadequate” male genitalia.

Interestingly, a review by an American University of 94 intersex children found that over half of those who had had surgery during their early years to make them female later transitioned to become males.

Nowadays, in the UK, it is more usual for intersex babies to be brought up as males.

Problems in the UK

Sadly, whilst there is very little information available from UK sources to inform people about DSDs in this country, there are numerous stories concerning the seemingly insensitive or inadequate care and treatment parents and patients alike have received from NHS hospitals. An article in The Guardian tells the story of Juliet Swire being advised by doctors not to announce the birth of her son but keep him a secret until his gender was decided.

Meanwhile, the BBC produced a documentary on Joe Holliday (Joella at the time of the documentary in 1998) who was brought up as a girl but suffered from years of depression, anxiety, self-harm and attempted suicides because, genetically, he was male.

It appears that the UK is perhaps lacking in understanding DSDs and the general approach taken to managing these conditions is a long way behind other countries around the world.

Germany, for example, allows intersex babies to be considered neither a boy, nor a girl, but both. In 2015, Malta passed laws to prevent surgery being allowed to be performed on intersex people who were unable or too young to consent to the procedure themselves. In South America, the Chilean government said that doctors would be allowed to refuse a parent’s request for corrective surgery on their child without facing any legal consequences.

What does this mean for intersex patients and their families?

Essentially, we don’t yet know and we will need to await the outcome of the CQC’s involvement.

Regardless of the outcome, however, it does raise questions about performing corrective surgery on very young children before they have had chance to find out which gender most suits them. Some people suggest that we should wait until babies have grown into children or adults and are able to express their preference.

It appears that DSDs are still fairly misunderstood in the UK and, at this point in time, the information publicly available is extremely limited. Unquestionably, with this nationwide lack of understanding, it is of the utmost importance that doctors are providing families with comprehensive information about DSDs and offering proper psychological support to both patients and their families.

It has recently been in the press about the alleged sub-standard treatment of intersex patients and their families, p...