Give Mental Health the Funding it Needs

On average, one in four people will experience a mental health problem each year. Mixed anxiety and depression is the most common mental disorder in the UK, and whether as a result of bereavement, financial worries or relationship issues, that’s around 16 million people affected in the UK every year. 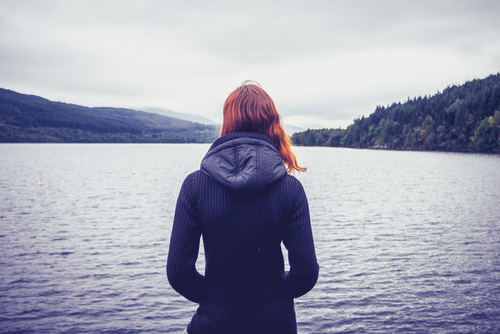 Despite the prevalence of mental health issues and arguments to the contrary, mental health problems appear to be low down on the list of priorities, and certainly not parity to physical health issues. The charity Mind reported that local authorities spend on average, less than one percent of their public health budgets on mental health. This means that in 2016-2017, when the Government’s budget for local authorities’ public health expenditure was £3.32m, less than £30,000 was spent on mental health. It seems unsurprising then that only two out of more than 50 mental health trusts in England have received outstanding ratings by the Care Quality Commission, given the apparent lack of resources.

In January of this year, Prime Minister Theresa May had pledged to tackle the stigma surrounding mental health with the implementation of new initiatives for schools and employers to provide mental health support. However, only around £23,000 per parliamentary constituency was promised in support of these plans and critics remain sceptical about the Government’s attempt to improve mental health services without a significant amount of extra funding to match. And, whilst money certainly isn’t everything and we should not underestimate the power of raising awareness, the level of funding allocated to mental health provision remains an unresolved part of the agenda.

Mental health is not just a current topic of conversation for politicians though. In a recent interview with the Daily Telegraph, Prince Harry revealed his own struggles with his mental health following the death of his mother Diana, Princess of Wales in 1997.He spoke openly about the negative impact that burying his emotions for almost 20 years and refusing to process his grief had on his mental health.

Together with the Duke and Duchess of Cambridge, Prince Harry was seen at the recent London Marathon promoting the Heads Together mental health campaign, which was the marathon’s charity of the year. The Heads Together project is a partnership between several charities and their hope is that others suffering from mental health issues will feel encouraged to talk about them and break the stigma that unfortunately still surrounds such issues.

Raising awareness is the first step to normalising conversations about mental health and the Telegraph reported that since Prince Harry’s interview, mental health charities had double the amount of people contacting them the following week seeking help and information.

And it’s not just the Royal family getting involved in the conversation. Stars such as Tom Hardy, David Tennant and Olivia Coleman have taken to social media to support the #1in4 selfie campaign as part of the BBC’s Minds Matter season to encourage people to normalise conversations about mental health.

It’s difficult to stress just how important raising awareness can be. It’s the first step to opening up a national dialogue for mental health discussions and dispelling the stigma so often associated with it. With the snap general election looming, an increase in mental health coverage could prompt party candidates to make it a part of their manifestos and give it the funding it undeniably needs.

Give Mental Health the Funding it Needs

On average, one in four people will experience a mental health problem each year. Mixed anxiety and depression is the...