Goodbye to the Law

This is a farewell blog as on 2 December I am leaving Lanyon Bowdler after 10 years of working for the firm. I wanted to take this opportunity to thank my bosses and colleagues for the experiences and opportunities and to share with you some of my memories.

My dream was becoming a reality

I had wanted to be a lawyer for as long as I could remember and after four long years of legal study at university, I yearned to be back in the mighty Shropshire. Training contracts were few and far between in the county and in my opinion; there was only one worth having! I was interviewed by Garry Richards and John Merry and was delighted when Lanyon Bowdler offered me a job. Finally, the dream of becoming a solicitor was to become a reality.

I received a letter to say that I would start my training in the personal injury department under the wing of Neil Lorimer. At first I wasn’t convinced that it was the area of law for me but that soon changed. In my first 12 months, I travelled far and wide for inquests and court hearings, attended conferences with some of the best QCs in the country and was involved in the settlement of a multi-million pound brain injury case. I was hooked!

A mutual love of numbers

Around two months into my training contract Neil asked me to have a go at drafting a Schedule of Loss on one of his big cases. I spent weeks pouring over the files of documents; adding in all of the invoices, reading ‘Facts and Figures’ and getting my head around multipliers for the first time and I loved it. Since then, drafting Schedules of Loss has become something of a speciality. The biggest schedule totalled more than £10m!

And so it was our mutual love of numbers (and Manchester United!) that got Neil and I off to such a good start. Upon qualification, I accepted a role in the personal injury department, working along side Neil and assisting him with his high value claims, as well as operating a case load of my own. I have been very fortunate to be able to work on top quality cases from day one.

Neil also introduced me to cross-border litigation, and the Grenoble Coach Crash cases presented me with an amazing opportunity to learn the ropes in this very specialised area of law. We acted for over 20 Claimants, including one with a serious brain injury, in a group action. I have never forgotten the Claimants from those cases, many of whom were children at the time and I have stayed in touch with some. It was this case that first brought me to the Royal Courts of Justice in London. Our barrister Bernard Doherty, gave me a tour of the courts. That was a very special day for me. Thank you Bernard!

Another highlight was the week Neil and I spent at trial at the High Court in Birmingham on a lower limb amputee case with Johnny Jones (now QC) and the late Ralph Lewis QC. I was in awe at the brilliance of Ralph’s advocacy and enjoyed the backroom banter. I love a good courtroom drama and this was the best I had ever seen. We had a fantastic result and it was an experience that will stay with me forever.

More recently we settled a 1960s birth injury case. It was one of the most legally complicated cases I have ever worked on and it settled for £1m. The Claimant and his family were the most deserving of clients. They keep in touch with the firm and it’s lovely to see what a difference the money is making to their lives.

I’ve also married and had two children in the time I’ve been at Lanyon Bowdler. I have worked part time since having my daughters and I am very grateful to Lanyon Bowdler for allowing me to work in a way that met my family’s needs, but also allowed me to continue to develop as a lawyer. It is difficult for modern mums to strike the right work/life balance but Lanyon Bowdler have always done their best to support me with this and for that I am very grateful.

My own business Music Heroes 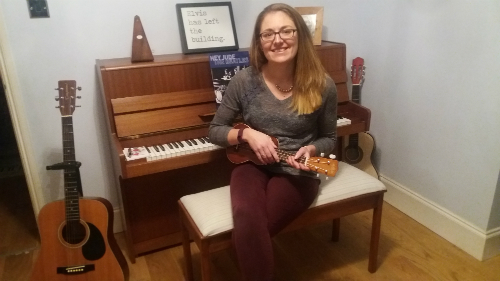 And so a new opportunity has presented itself and I am saying goodbye to the legal profession to pursue something very different. I am also a musician and I am going to be running my own business; “Music Heroes”, providing instrumental tuition to primary school aged children. I am a classically trained pianist but also play the violin, guitar and ukulele. Being able to play a musical instrument is a wonderful gift that has far reaching benefits both in terms of academic achievement and also mental wellbeing.

The Music Heroes ethos is to make instrumental tuition fun; learning and play songs that you know and love. Watch this space…..!

So this is it….Thank you to Lanyon Bowdler for the memories. I will miss you. Thank you Neil Lorimer for putting up with me for 10 years and teaching me everything I know. I wish you and the firm every success for the future.

Goodbye to the Law

This is a farewell blog as on 2 December I am leaving Lanyon Bowdler after 10 years of working for the firm. I wanted...