Whilst some clients find it very tempting to avoid the cost of paying for a professional to draft their Will by ‘doing it themselves’, the problems created often outweigh any potential saving made. Quite often “homemade” Wills are rendered invalid due to lack of compliance with the formalities required by the Wills Act 1837 or are successfully challenged in Court. The end result is the same: the testator’s wishes do not take effect after their death. 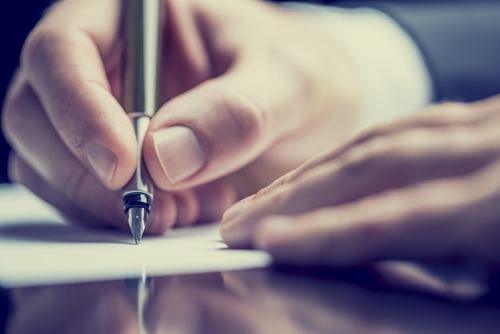 At present a Will is only a valid document if it is executed in accordance with the Wills Act 1837. Errors in the drafting or execution of the document can cause confusion and may result in an application to the Court becoming necessary to clarify the position, which could become costly to the estate and/or render the Will invalid. For example, a Will may be rendered invalid if:-

Your signature is witnessed by a Beneficiary or Spouse/Partner

Your spouse or beneficiary will lose whatever gifts or bequests they were entitled to receive under the Will. It is often tempting and ‘easy’ to find a relative to witness a signature and happens more often than you think.

Your signature is not witnessed by two witnesses

It is surprising how many people miss this vital element. A Will signed in the presence of a single witness or indeed none will be rendered invalid.

Any valid Will is automatically revoked upon any subsequent marriage. In order for a Will made before marriage to still stand it must be evident from the wording of the Will that it is made in contemplation of marriage. Homemade Wills may not incorporate such a Clause.

Defending a challenge to a homemade Will is often more difficult. One of the four grounds that can be used to challenge a Will is that the person preparing the will lacked ‘knowledge and approval’. This means that those seeking to challenge the Will must prove that the testator did not understand what he was doing or the effects. When a Will is professionally drafted there is a presumption by the Courts that the testator knew and approved of its contents and that the Will was explained or read to the testator to ensure that they understood it. However, a challenge is more likely to arise if:-

Although the involvement of a relative or beneficiary may be entirely innocent, (for example, a son purchases a Will drafting kit online to aid his elderly father who is partially sighted and writes the clauses for him) the lack of independent, third party evidence gives rise to an element of suspicion, especially if the testator has excluded a spouse or child who seeks to challenge the will. Although the Will may reflect the testator’s wishes entirely, the self-serving evidence of a major beneficiary who helped draft the Will cannot be overlooked by the Court.

Although there is no guarantee that a professionally drafted Will cannot be successfully challenged, independent third party evidence of the way in which the Will was created is crucial in defending such a claim. A professional Will writer will usually insist on meeting with the testator on their own and make accurate and detailed attendance notes of the testator’s wishes and circumstances of execution, all of which can be used as evidence to any challenge.

Whilst some clients find it very tempting to avoid the cost of paying for a professional to draft their Will by &lsqu...