‘Of course it is happening inside your head Harry, but why on earth should that mean that it is not real?’

This is one of my favourite quotes from one of my favourite book series. As one might expect from an author who has spoken at length about her own struggles with mental health, it offers insight into one of the biggest challenges faced by those who suffer from mental illnesses such as depression, anxiety, chronic pain and fatigue, which originate in or are exacerbated by the mind. 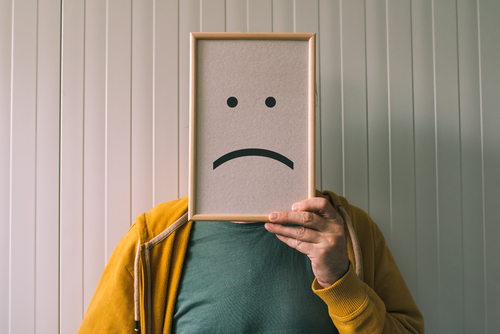 Many seem to believe that things that happen ‘inside your head’ are somehow less real than those that occur outside the head. As a result of this there is an unfortunate narrative that suggests those who suffer from issues such as depression and anxiety should really be able to just shake it off. They should be able to ‘turn that frown upside down’ if they only try.

Some of our own clients also face these challenges. Whether they originate from a psychological condition or from an acquired brain injury managing a mental health condition is not easy and I know this from my own interactions with them. Just because an injury or condition has no external symptoms doesn’t mean that it is somehow less challenging.

An example of this is pain. Many people feel pain for all kinds of reasons during their lifetime, including both emotional and physical pain. There are some situations that are globally acknowledged to be painful, such as, having your leg cut off or losing a loved one. There are also outward signs that someone is in pain (screaming, crying etc), but again it can be hard for an observer to really discern how much pain the person is in.

I, for instance, have been known to scream if I stub my toe. It is very painful to me but I doubt others would make the same fuss. Equally, I know some people who can be incredibly stoic and reserved when they are in pain. We all react differently and the outward signs of pain, depression or emotional disturbance are not always obvious to those around us. Everyone who is in pain (whether physical or emotional) relies on others to recognise the signs that they are in pain, and also to believe them when they report how much pain they are in.

It is not just outsiders that can disregard symptoms which have originated in, or are worsened by, the mind. Sometimes the sufferers themselves can be very resistant to the notion their symptoms may originate from this source. They worry that if this were to be the case then they could be told their depression, their pain, their tiredness etc is not real and simply something they are making up.

Often the act of recognising the psychological element of a condition can be extremely helpful. This enables the development of strategies which can then be employed to help reduce the symptoms. For instance, if you understand that stress is worsening your chronic pain condition then you can take steps to reduce stress as much as possible. Similarly if you know you are not just sad but are actually suffering from clinical depression, then this might motivate you to seek therapy which could ultimately lead to a good recovery.

It is very encouraging that more people seem happy to talk about mental health, and there appears to be a growing acknowledgement that seeking support when you need it is a sign of strength rather than an admission of weakness. As characterised by recent comments from Prince Harry about his own battles with mental health. I hope this increasing awareness will continue, so that we can work towards a culture where no one will be scared to reveal they need support for fear they may be told they just need to get over it.

However, at the same time as we are experiencing the start of a culture shift, we are seeing a huge lack of support for Mental Health Services. Official figures have revealed that between 2010 and 2015, NHS spending on children’s mental health services fell by nearly £50 million.

A recent survey carried out by the Association of Child Psychotherapists, British Association for Counselling & Psychotherapy, British Psychoanalytic Council and the UK Council for Psychotherapy revealed concerning results with 84% of the 3,000 counsellors, therapists and psychoanalysts claiming it has become more difficult for children to access the help they need, with more severe levels of illness required before help can be accessed.

Worryingly 67% said that waiting times had increased over the last five years and 33% say their workplace was facing downsizing or closure.

I sincerely hope, that going forward, the government will put reorganising the mental health provision in the UK as a high priority.

‘Of course it is happening inside your head Harry, but why on earth should that mean that it is not real?&r...