Media outlets have reported news of a major IT error in the NHS occurring as far back as 2009, which may have resulted in up to 450,000 missed breast cancer screenings. Experts have apparently estimated that up to 270 women may have even died as a result of this computer error, although only broad estimates as to the numbers of affected women have been given, it seems because of mixed opinion about how effective breast cancer screening in older women actually is. Please see our previous blog where we considered ‘Do we need more transparency about breast density’ 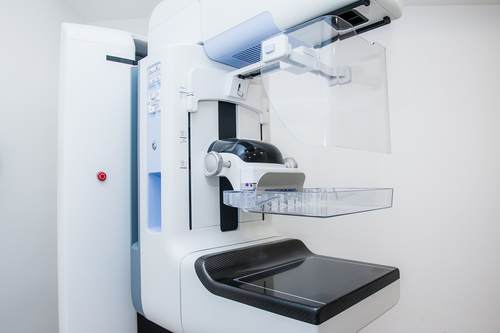 Under the NHS breast cancer screening programme, all women between ages 50 – 70 are invited for screening by way of a mammogram scan every three years, which should be by way of an automatic letter from their GP. This would mean that a woman should receive a final invitation between the age of 68 and 71.

The screening programme aims to identify breast cancer as early as possible. Early detection is much more likely to improve prognosis and chances of survival. See my previous blog for further information about the programme. Millions of women take up the offer of breast cancer screening upon receipt of the invitation letter.

The issue first came to light in January this year because of an IT upgrade to the breast screening invitation programme, but it now seems that the error had gone undetected for nearly a decade.

Health secretary, Jeremy Hunt, apologised unreservedly for the error and is reported to have told the House of Commons that women aged between 68 and 71 were not invited to attend their final breast screening between 2009 and the start of 2018, because of a “computer algorithm failure”.

The government has ordered an independent inquiry into the matter which will seek to establish exactly how many women have been affected by the computer error. It is anticipated that this will take around six months, during which time the entire breast screening programme will be scrutinised.

Jeremy Hunt has said his department would be contacting the families of women who had died, potentially because of a missed screening, and whether this resulted in a delay in diagnosis which may have ultimately led to a shortening of life expectancy or a worse prognosis.

The priority should now be for the NHS to ensure that there are measures in place to make sure eligible women, who should have received an automatic screening invite but didn’t because of the error, are now invited for breast cancer screening as soon as possible.

It is very concerning that women have not been invited to attend such a potentially important screening appointment, and even more so that this is because of an administrative error which has gone on for such a long period of time.

The NHS needs to make sure it has robust systems in place, particularly in light of ever increasing demand on its resources and with continuous developments in IT and technology, to make sure that its administrative systems are designed and used to deliver safe and efficient care to patients and service users. It is hoped that news of this scandal will encourage heightened scrutiny and a thorough review in other administrative areas of the healthcare system.

If you suspect you have been affected

Many women are likely to receive a letter towards the end of the month if they have missed a screening, but if you are at all concerned by this news story, the NHS are inviting people to go to the NHS Choices website, or to contact their local units to book an appointment, particularly if you suspect you may have been affected by this issue, or if you are aged over 50 and haven’t had a mammogram in the last three years and would like to have one.

As a final point, it is reassuring to note that many breast cancers are now identified by women themselves because of increased awareness and the importance of self examination amongst other things, and it is also important to note that breast cancer does not only affect women, it can affect men too.

Media outlets have reported news of a major IT error in the NHS occurring as far back as 2009, which may have resulte...