Session three of the Debate-Ed Programme focuses on the tools the students will need to help them make effective arguments. One of the main tools the programme teaches is PEEL which stands for: Point, Example/Evidence, Explanation and Link. 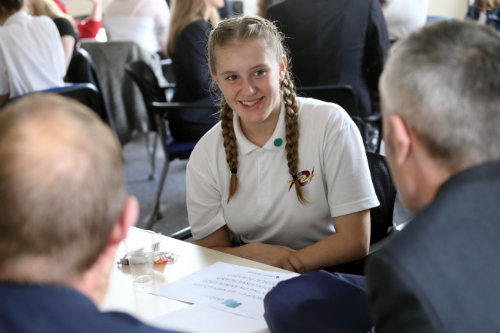 For every argument they make, the students need to:

Simply put it is an easy structure which ensures you cover the points you will need to in order to be persuasive. It can be used both when speaking to an audience and when writing exams or essays. It can either be used later on in life when you are pitching to a company, discussing something with a client, arguing with loved ones or even writing an advert.

For instance, if you look at some of the adverts produced for Black Friday and the January Sales, you will see that most of them make their point (eg 50% off), give an example of a product or deal which you might want to purchase, and provide evidence/explanation of why it is a good purchase (eg the price it used to be compared to what it is now) and then makes a concluding remark to encourage a hasty purchase today (eg limited stock/offer expires in X hours).

Knowing how to be persuasive and use these skills gives the students the skills they need to progress both within higher education and the workplace.

Session three of the Debate-Ed Programme focuses on the tools the students will need to help them make effective argu...