Proposals for Births to End at Bridgnorth Community Hospital

It has recently been reported that our local community hospital in Bridgnorth is to lose its status as a birth centre (Bridgnorth Journal 7 December 2017). 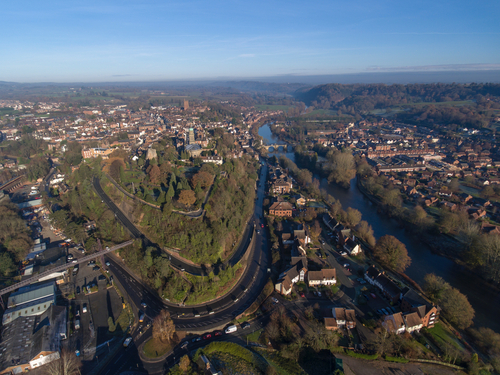 It was announced that following a review by the Clinical Commissioning Group, Shropshire’s midwifery services would undergo a quite dramatic overhaul. The proposed plan is that only prenatal and postnatal services will be offered at Bridgnorth, with the same proposals for Oswestry and Ludlow.

Was due to reopen

Services will now be centralised in Telford and Shrewsbury, with mothers travelling to these centres to give birth. The Bridgnorth unit has been closed for six months due to staffing issues, and was due to reopen on 1 January 2018.

The Bridgnorth, Ludlow and Oswestry centres would offer a broad range of services to include antenatal and postnatal care from a midwife, scanning, fetal monitoring and day assessment. There would also be support with emotional wellbeing and mental health related to pregnancy and early parenthood, as well as healthy lifestyle services. These services would also be offered in Shrewsbury and Telford.

Needs of local people have been overruled

Dr Jess Sokolov, Shropshire CCG’s Clinical Lead for the midwifery led services review, said: “This proposed new model improves services for women and staff by making the best use of resources in line with what women and their families want and need”.

However, this view does not appear to be that of the Communities affected. Despite street protests, marches in support of keeping the Midwifery led services open and attendance by local representatives at Consultation Workshops, it would appear that the will and needs of local people have been overruled. Bridgnorth Councillor Julia Buckley said ‘How can they ignore the overwhelming feedback to retain the rural birthing centres and deliberately cause women to travel further putting them a risk”?

The Birthplace National Prospective Cohort Study (2011) found that having a planned birth in a Midwife Led Unit was just as safe as having a baby in an obstetric unit. Women reported greater satisfaction with their care, had less intervention and were more likely to succeed if they choose to breastfeed their baby.

Bridgnorth Infirmary opened on Northgate for the first time on 17 September 1896. It was extended in 1908 with further alterations in 1927-8, 1934 and 1948-93. In 2012 further alterations were made, it was renamed as Bridgnorth Community Hospital and described as being ‘at the heart of the local Bridgnorth and South East Shropshire community’.

On a personal level I am very sad to hear of these proposals; my sons were born there in 1987 and 1989. In those days we lucky mums spent a week in hospital following the birth. This gave us time to recover physically and gain confidence in caring for a new baby. On the final night before discharge home the kind midwives and health care assistants would babysit for a couple of hours while you spent a last ‘date night’ with your partner before embarking on life as new parents. Almost unbelievable now I know but true!

In the 1990s my friends and I successfully campaigned to keep Bridgnorth maternity unit open as it was under threat then. We await the final decision which is now affecting our children and grandchildren. It is hoped the decision will be based on the needs and safety of mothers and babies and not a financial one.

We are looking for an apprentice to join our Docupoint team in #Hereford. The successful applicant will perform a v… https://t.co/UsMcYeTPMH

Proposals for Births to End at Bridgnorth Community Hospital

It has recently been reported that our local community hospital in Bridgnorth is to lose its status as a birth centre...