The Risk of Heart Related Death in the Young

Earlier this week, a study based at St George’s University in London released an almost two decade study on 11,168 footballers in the UK. It delved into the risk of cardiac arrest in the football profession and found that there was an underestimated risk of young footballers suffering from heart related conditions such as Cardiomyopathy and has raised questions on whether there is enough screening to protect the young against undiagnosed heart conditions.

Following on from some high profile heart related deaths in the sporting world such as Marc Vivian Foe at 28 years old and the former England defender/Spurs coach Ugo Ehiogu who died at the age of 44, awareness of cardiac risk has resurfaced into the spotlight. Every week, at least twelve young people die from undiagnosed heart conditions. But what are these conditions and what can be done to protect the young and make them aware of the risk 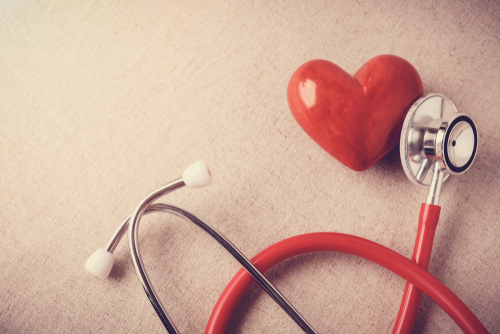 Cardiomyopathy (called by some ‘the silent killer’) is a predominantly inherited heart condition that splits into three common types.

Dilated Cardiomyopathy has a 50% risk of being passed on to the child if the parent has it. It involves the left ventricle becoming almost stretchy which weakens the heart muscle making it thin and floppy. The result of which is that the heart struggles to pump blood around the body. Symptoms develop slowly including a shortness of breath, swelling around the ankles and tiredness: symptoms that could easily be left unnoticed by the sufferer. However, the condition can be spotted by having an ECG (measuring the heart’s electrical activity).

1 in 500 people suffer from Hypertonic Cardiomyopathy but many will not know they have the condition, due to how it presents few symptoms and most would disregard them. The condition affects the muscular wall of the heart which becomes stiff making it harder for the heart to pump blood around the body. Once again an ECG can be used to flag up the problem.

Arrhythmogenic Right Ventricular Cardiomyopathy (AVRC) occurs when the proteins keeping the heart muscle held together do not develop properly. The first symptom can often be sudden death itself. However, like the other two types of Cardiomyopathy, an ECG can identify the problem.

What do these three types of inherited Cardiomyopathy have in common?

These conditions will most often not present many, if not any, serious or easily identifiable symptoms until a potentially fatal heart problem occurs. In 80% of cases with young cardiac death, symptoms have not presented at all. However, a simple ECG can identify these ‘silent killers’ and there are charities that offer screening to the young.

Cardiac Risk in the Young (CRY) offers free screening to anyone between the ages of 14 and 35 operating in schools, universities and sports centres. Each ECG is evaluated by their on site doctor who can request further screening if necessary.

It is a service that can potentially save a young person’s life. For more information on CRY, please visit their website and see when they are next in your area. I along with a number of fellow students went for an ECG from the CRY charity when they held a screening session at Wolverhampton football ground. In the same amount of time would take to be served your starters at a restaurant, we were seen screened by the CRY charity and protected ourselves from the chance of suffering from an undiagnosed heart condition: for free!

The Risk of Heart Related Death in the Young