Lucy Speed and I recently led a workshop with Idsall School and this is what one of their students, Matthew Jones, had to say.

On 6 July, the worlds of law and Harry Potter collided in the Year 12 negotiation workshop task, where we investigated a personal injury case involving Ron Weasley.

We were given a booklet which related our activity to the working world of law, containing law terms such as ‘contributory negligence’ and ‘capacity’, while outlining the boundaries for what the claimant can realistically argue from the defendant - if the injured person has never bothered to buy a car before, they do not now need a flying lamborghini.

The booklet then shifted from the muggle world to the facts of the case: in this universe, Ron Weasley is thirty, alone, living in a two bedroom flat, owns a dog called Fluffy, works as a barman at the Leaky Cauldron and made the reckless decision to travel with Harry Potter.

On the afternoon of Wednesday 24 January 2018, Harry crashed his BMW i8, leaving Ron, who did not put on his seatbelt, with severe head injury, fractured pelvis, broken left wrist, dislocated left shoulder and fractured left ankle - I thought there was a spell for that.

The experts - everybody from Professor Snape to Dean Thomas - gave us more vital information, such as the prices of nearby accommodation, and the cost of a case manager, while Ron’s friends relayed his current condition - sleeping 12 hours a day, and unable to keep money, while Ron said he does not know if anybody would want to be with him now.

After having an hour to read over the booklet, each group took on roles as claimant and defendant to crunch the numbers to get a realistic estimate of how much each part of the case would cost, highlighting the need for numeracy skills and being able to give a confident argument in the world of law, effectively taking skills from opposite ends of the curricula.

My team - the only one containing two defendants and one claimant; and yet the claimant still defeated the defence’s point nearly all of the time - relayed our agreed figures first, including the controversial £0 for a dog walker, since we thought Ron shouldn’t have Fluffy anymore, with the primary goal to be as perceptive as possible into the conditions of the case in our argument.

Subsequent groups perhaps did this better than ours, picking up on obscure details that passed our minds - such as Ron not needing 16 hour care when he’s only awake for 12 hours, while taking the claimant and defendant figures and compromising on a number that followed a logical course of thinking, rather than our approach of choosing either the claimant or defendant figures and hoping one would magically be right.

Overall, every team spoke about a detail of the case others did not get to, implying a sense of individuality in law: in being equally analytical but reaching different, but equally correct, conclusions, while getting a taste of being a lawyer in a case that would probably never happen - a former wizarding chess champion falling victim to a car crash.

Even if some of us do not end up in the field of law, the skills in practice at the workshop are key to nearly all professions - reading carefully, working well with other people, arguing your point succinctly, handling numbers and being a confident speaker. 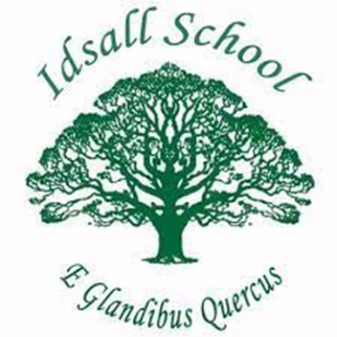 Thank you very much to Matthew for an informative, entertaining and insightful blog, and to everyone at Idsall School who took part.

As Matthew has outlined, extra curricular activities, such as mock trials and mooting competitions, are an excellent way to develop skills and experience. We regularly run mock trials for local schools.

Lucy Speed and I recently led a workshop with