Unlike most other countries a Testator resident in England or Wales can make a Will leaving their estate after their death to whomever he or she wants, and exclude anyone who he or she doesn’t want to benefit from their lifetime assets. This exclusion can even include their children for no better reason, as one Judge observed, “to gratify one’s spite”.

The severity of the outcome for a disinherited beneficiary, especially young children or those who had been financially dependent on the deceased, was recognised by Parliament, resulting in the 1975 Inheritance (Provision for Family and Dependents) Act. In times of the gradual liberation of divorce laws during the 20th Century, the Act was intended to help protect the close financial dependents of someone who had died (perhaps in a second marriage) and prevent, for example, a step-parent inheriting the whole estate leaving the children by the deceased’s first marriage at best impoverished, or at worse destitute.

The Act does not re-write the deceased’s Will but allows an applicant to apply for “reasonable financial provision” taking into account:

• the needs and resources of those involved;

• the responsibilities and obligations held by the deceased towards the applicant or others who may claim a valid entitlement to the estate;

• the size of the estate;

• whether anyone involved is disabled;

• any other matter the Court considers relevant, including the conduct of those involved (including the Testator).

To what extent though can the benefit of the provisions of the Act be claimed by the deceased’s adult children who, having left home and forged their own way in life, may nonetheless be expectant of an inheritance from their deceased parent?

Although all cases are different, the claim by Heather Ilott lott against her late mother’s estate, illustrates how the Courts themselves can interpret the provisions of the Act and the difficulties faced by any adult child in pursuing such a course.

Heather Ilott was her widowed mother’s only child, who left home at the age of 17 to be with her lover, whom she later married. Mother did not approve of the union and disowned her daughter. There were several attempts at reconciliation (after the successive births of grandchildren), but none were successful and all ended in bitter recrimination.

At the time of mother’s death in 2004 Heather (now in her 50s) had five children but no pension and was dependent on state benefits. Her mother had left her estate, worth almost £500,000, to three animal charities.

At the first County Court hearing of her claim, Heather was awarded £50,000 from the estate, seemingly because the Judge found mother’s conduct “unreasonable, capricious and harsh”. Heather appealed and was rewarded by the Court of Appeal with an increased award of £163,000 to enable her to purchase her council house under the “reasonable provision” principles of the Act.

On Appeal to the Supreme Court by the charity beneficiaries in 2017 the Court of Appeal decision was overruled and the initial award of £50,000 reinstated. So after 13 years of litigation, with a large proportion of the estate consumed by the legal costs of three separate Court actions, was justice done or seen to be done? Lawyers’ opinions are divided. Some say that even the reinstated award of £50,000 was wrong and motivated more by the desire to spare the state the cost of state benefits paid to a potential beneficiary of a comparatively wealthy estate, rather than any proper legal interpretation of the Act itself (Heather was not “dependent” on her mother at the time of her mother’s death). Others say the decisions show an inclination by the judiciary to impose a “forced inheritance” on family members who, in line with other EU jurisdictions, would normally receive a statutory entitlement to a share of their deceased parent’s estate.

What can be said, however, is that any claim by a financially independent adult child (whether in receipt of state benefits or not) under the Act, remains fraught with difficulty and uncertainty. An unsuccessful claim will cost punitive sums of money and achieve nothing except more bitterness.

In practice, instances of a parent wishing to disinherit their children are rare. The more common instructions are those where the spouse, or spouses, of second marriages wish to preserve the inheritance of their children by their first marriage (and avoid their disinheritance by the surviving spouse). There are several ways a Will can be written to safeguard this objective, thereby avoiding the need to even consider a claim under the Act. A Will of this sort however is not one for the layman, and proper legal advice is imperative. 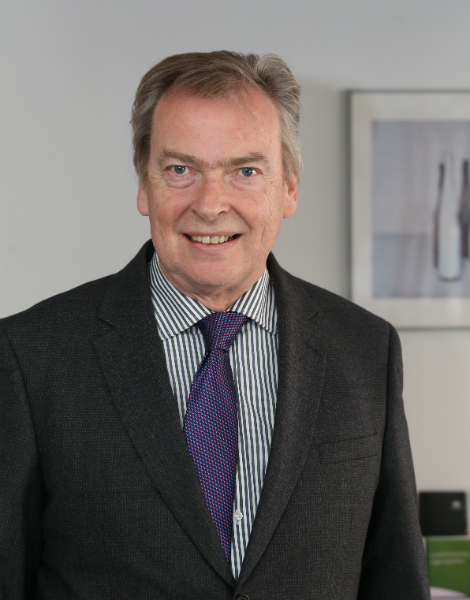 Unlike most other countries a Testator resident in England or Wales can make a Will leaving their estate after their ...