Epilepsy Drug Epilim and its Potential Impact on Pregnancy

Sodium valproate, also known by the brand name Epilim, carries a one in 10 risk of physical abnormalities in unborn babies, such as spina bifida and cleft palate, and a 40% risk of developmental issues such as autism and learning difficulties.

It is estimated that around 20,000 UK children have been harmed by the drug since it was first licensed in the UK in the 1970s. 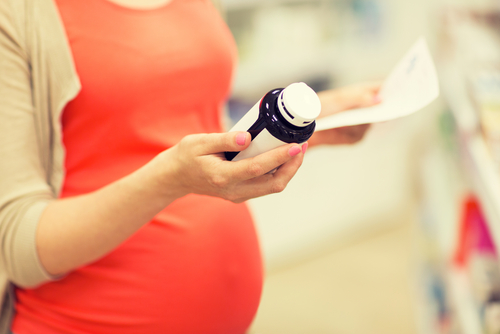 The drug has been making headlines recently, as it appears that the risks associated with taking Epilim during pregnancy have been known by prescribers for over 40 years and yet even now, many women taking the drug are still unaware of the adverse effect it can have on an unborn child.

Indeed, in 1973 a “Dear Doctor” letter, designed to alert doctors about important information regarding marketed drugs, warned health professionals that sodium valproate had been teratogenic in animals, meaning that it could disturb the development of a human foetus. However, the then regulators chose not to inform patients of this fact directly as it “could give rise to fruitless anxiety”. The then Committee on Safety of Medicines therefore decided that this warning was not to be included on the drug package inserts, as then there would be no danger of patients themselves seeing it.

An article published in 1997 titled “Best practice guidelines for the management of women with epilepsy” again illustrates that healthcare professionals have long been aware of the teratogenic effects of anti-epileptic drugs. The article stated that women with epilepsy should be given pre-conception counselling, to make them aware of the consequences of teratogenicity, and ensure they are fully aware of the risks and benefits of treatment to enable them to make an informed decision about future pregnancy. It also states that counselling should start at the time they are diagnosed with epilepsy and at repeated intervals thereafter. Despite this clear guidance, it seems that some women are still ill-informed about the risks 20 years later.

Calls for stronger warnings on the drug packaging

A recent survey of 2000 women, commissioned by three charities – Young Epilepsy, Epilepsy Society and Epilepsy Action. Found that out of 475 women currently taking sodium valproate, 68% had still not received the warnings as part of the “Valproate Toolkit” launched in February 2016. This toolkit was created by the Medicines and Healthcare products Regulatory Agency (MHRA) in an attempt to try and aid healthcare providers in talking to women suffering from epilepsy about the risks of using Epilim during pregnancy, after it concluded that the guidelines on the drug’s use in women of childbearing age needed to be strengthened. However, the above study also found that one in six women taking the drug were still unaware that it could negatively affect the development of their unborn baby.

It is not as if this toolkit is the first attempt at better informing takers of Epilim of its ill effects during pregnancy. Following a review of valproate conducted by the European Medicines Agency’s (EMA) Pharmacovigilance and Risks Assessment Committee (PRAC) in November 2014, the Coordination Group for Mutual Recognition and Decentralised Procedures – Human (CMDh) agreed to strengthen the warnings on the drug’s use in pregnancy due to the risk of malformations and developmental problems.

They stated that a review of then recent studies from 2008 to 2011 had shown that up to 30 to 40% of pre-school children exposed to valproate in the womb suffered from developmental problems, including difficulty with speech and language, lower intellectual ability and memory problems. It also stated that previous data had shown that unborn children exposed to sodium valproate were also at increased risk of autistic spectrum disorder (around three times higher than in the general population) and of childhood autism (five times higher than in the general population).

An attempt to sue the Epilim manufacturer Sanofi-Aventis, under consumer protection laws that were introduced after the well-known thalidomide scandal, began in around 2004 by a number of families, who claimed the warnings about the potential risks of Epilim were inadequate in the 1990s, which caused a number of congenital abnormalities to their unborn babies, including spina bifida and deformities to their hands and feet.

However, in November 2010 around 80 families, then involved in the group action, were forced to discontinue their six year legal battle against Sanofi-Aventis when their Legal Aid funding was withdrawn. This for some highlights the flaws in the Legal Aid regime, although that is another matter entirely.

Safety review held to see if more could be done

The PRAC branch of the EMA held a public hearing on 26 September 2017 as part of a safety review of the drug, to review how effective its 2014 recommendations, discussed above, had been in minimising the risk of harm to unborn babies and to see if more could be done. The results of the above survey conducted by the three epilepsy charities were presented at the hearing, along with insight and advice from other participants, including 28 patients and patient representatives, 19 healthcare professionals and academics, 11 from the pharmaceutical industry and seven  from the media.

A number of proposals were made which included strong support for a visible reminder of the risks on the outer packaging of valproate medicines, accompanied by information and discussion of the risks every time the drug is dispensed, and regular reviews for all women receiving long-term valproate. Following this public hearing the PRAC will prepare a report on measures to reduce the risk of valproate-containing medicines and set out their conclusions.

Although the recent news coverage will understandably raise concerns with pregnant women, and women of child bearing age, currently taking Epilim, it is important to note that they should not suddenly stop taking their medication unless they have been advised by their healthcare professional to do so, as stopping suddenly can increase the risk of seizures and their severity. It is therefore recommended that they instead make an appointment with their doctor to discuss their concerns and explore any possible alternative treatment options.

Epilepsy Drug Epilim and its Potential Impact on Pregnancy

Sodium valproate, also known by the brand name Epilim, carries a one in 10 risk of physical abnormalities in unborn b...