We have recently had an interesting update from The Law Society Gazette about an apparent surge in Probate applications being received by The Probate Registry.

Apparently, HM Courts & Tribunal Service (The Probate Registry is part of this) has told The Law Society that it has stepped up efforts to deal with Grants of Probate. It says that existing HMCTS employees have been retrained to handle Probate applications and new staff members have been hired. The Law Society Gazette describes this as occurring in “...the wake of the pandemic”.

As with many statistics and much commentary relating to COVID-19, it is difficult to discern at this stage exactly what might be happening here. We may do well to remember erstwhile Chinese premier Zhou Enlai’s response to President’s Nixon’s question about the impact of the French Revolution: “Too early to say”.

Improving Service from the Probate Registry

The most interesting thing about that is that, until around two years ago, all Probate applications (unless there was something wrong with them) were issued within two weeks of submission and had been for years. The difference in the timescale would, in the view of most Probate practitioners, have nothing to do with COVID-19. The difference coincided with a reorganisation that took place (for better or worse) in the Probate Registry in 2019. Six weeks is not as good as two weeks. However, it is much better than the turnarounds for Probate applications that we were experiencing this time last year where 18 weeks was not uncommon.

The Law Society Gazette states that Probate applications were at half their normal levels in mid-May “...as solicitors struggle[d] to gain access to offices to collect Wills”. It goes on to say that a surge in applications due to COVID-19 deaths, as well as demand from lawyers who have been unable to work as they normally would, is expected over the summer.

Our experience (and those with whom we are in touch) would suggest that there was not really a struggle to gain access to Wills held in solicitor strong rooms. With the move to much more home working, it may have (for example) taken more time to collate the necessary authorities to send Wills of deceased parties off to executors but I do not think it would be right to say either us or our competitors’ systems were overwhelmed.

What actually happened in mid-May that was of significance in the Probate application process was rather more mundane - the introduction of a new form by the Probate Registry. This occurred on 18 May. Prior to that date, Probate practitioners obtained a Grant of Probate with a statement of truth (formerly an oath) signed (previously sworn) by executors.

A statement of truth / oath could be a complicated document to draft and interpret and its format sat most uneasily with the new processes and work practices instituted by the Probate Registry last year. So the ability to obtain a Grant of Probate with a statement of truth ended in mid-May. A new form has replaced it. Practitioners or personal applicants for Probate have to complete all relevant boxes in the form which is then submitted to the Probate Registry.

I would suggest that many practitioners were working against the clock to try and get as many Probate applications in under the old Probate application process prior to the change in mid-May - especially where they feared that if they did not meet that deadline, they would have to redraft all their paper work again in a completely new format. If probate applications were half their normal levels in mid-May (which coincides almost exactly with the Probate Registry changes), I think it is likely that this was because of steady stream of applications from the end of March to 15 May (timed to beat the changes) followed by a slump as practitioners caught up with learning their way round new unfamiliar forms.

It may well be the case that there is a surge in Probate applications over the course of the coming months. Whether that is going to be as a result of COVID-19 deaths is most unclear. But tomorrow we will discuss our department’s experience so far and have a look at some big data from the ONS.

Will we be able to draw any conclusions and make some predictions? Follow the guidance of our erstwhile Chinese leader and exercise some patience - at least until tomorrow ....... 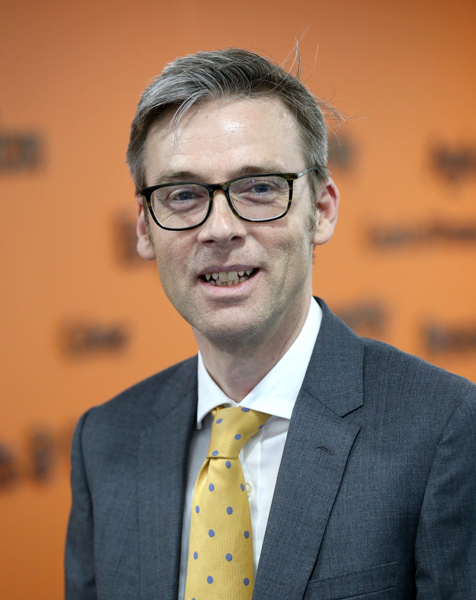 We have recently had an interesting update from The Law Society Gazette about an apparent surge in Probate applicatio...