The Royal College of Surgeons of England have found that patients who received vascular service within Betsi Cadwaldr University Health Board (“the Health Board”) have suffered a substandard of care due to failings. Vascular services seek to provide diagnostics and treatments for the vascular system, ie the vessels that carry blood and lymph through the body. After significant changes to the way the Health Board provide the vascular services over recent years, The Royal College of Surgeons of England have released a “damning” report concerning the provision of care to their patients.

In brief, the Health Board announced in January 2013 that all services for major and complex in-patient arterial surgery and emergency vascular surgery would be centralised onto a single site at Ysbyty Glad Clywd Hospital. As part of this transition, interim arrangements established two provision sites; one at Ysbyty Gwynedd Hospital and Wrexham Maelor Hospital. However, centralisation of provision vascular services was delayed due to renovations at Ysbyty Glad Clywd Hospital and an external invited service review in 2015 concluded that patients’ safety was being compromised with the provision of the two site model.

The review suggested that the Health Board should not delay the decision to centralise the provision of major and complex arterial surgery and emergency vascular surgery as part of delivering the vascular surgery service by an integrated network hub and spoke models at Ysbyty Gwynedd Hospital and Wrexham Maelor Hospital. This would be otherwise known as the integrated vascular network and its purpose was to improve early decision-making capability and access to diagnostics, allowing for early treatment.

In April 2019, complex vascular services were moved from Ysbyty Gwynedd Hospital and Wrexham Maelor Hospital to Ysbyty Glad Clywd Hospital, therefore implementing the integrated vascular network and centralisation as the review had encouraged. After patients and staff raised fears about the new service at Ysbyty Glad Clywd Hospital, the Health Board was requested in September 2020 to review its vascular services.

On 20 January 2022, The Royal College of Surgeons of England issued “Report on 44 clinical records relating to vascular surgery on behalf of Betsi Cadwaladr University Health Board” (https://bcuhb.nhs.wales/news/updates-and-developments/updates/vascular-services/vascular-services/clinical-vascular-report-january-2022-pdf/).

The review considered the clinical records and background of 44 patients.

In summary, the report identified concerns relating to the clinical records, whereby the majority of the records were illegible, disorganised and incomplete. The report also identified, in one shocking instance, a patient was offered an amputation that was considered to be inappropriate by the review team, due to the patient’s age and previous medical history/conditions. The review team suggested alternative treatment such as conservative or palliation care should have been considered by the Health Board before proceeding with the unnecessary and futile amputation. In another instance, a patient had been discharged following an amputation without a care plan and the patient’s wife had to ‘carry him to the toilet’ as a consequence of this.

Overall, the majority of the 44 clinical records did not document communications with the patients regarding their care and informed consent, including the risks and benefits to the treatment.

In its recommendations, the report suggested the Health Board reviewed the care of the patients that the review team were unable to determine the outcome of, in order to ensure it has met its ethical and legal obligations. It was also recommended that the Health Board should review the MDT and clinical pathway arrangements to those undergoing vascular surgery, to ensure that there is appropriate MDT input into the decision-making for every patient and this decision-making be documented. The consent-taking practices should also be reviewed within such services to ensure that patients are given appropriate information of risks, benefits and alternatives of treatment, and it is legibly documented.

The Executive Medical Director at Betsi Cadwaladr University Health Board, Dr Nick Lyons, responded to the report on 3 February 2022 stating “since I joined the Health Board, it has become very clear to me a significant amount of improvement work is needed to enable us to deliver the very best outcomes for our vascular patients across our North Wales network”. He also stated that he was “very concerned to note the review’s findings in relation to the quality and consistency of care provided – we must do better”.

Following the report being issued, Eluned Morgan, Minister for Health and Social Services for Wales, released her written statement on 3 February 2022 where she noted she was “disappointed and concerned” by the report. She stated, “the cases reviewed here involve real people and their families and there will be many others who may be worrying about the quality of the care they have received or are about to receive and whether this service is safe”.

The Minister proceeded to state that “For the sake of people in North Wales who need this service, and the staff working to provide this care, we must now do all we can to ensure the Health Board implements to properly, to make the pathway seamless and to improve outcomes”.

We at Lanyon Bowdler understand and appreciate our clients’ concerns when receiving healthcare services and treatment, in particular when there may be poor care provided to them. If you consider that you have been affected by substandard care, our team are happy to discuss your treatment with you and guide you through the process. 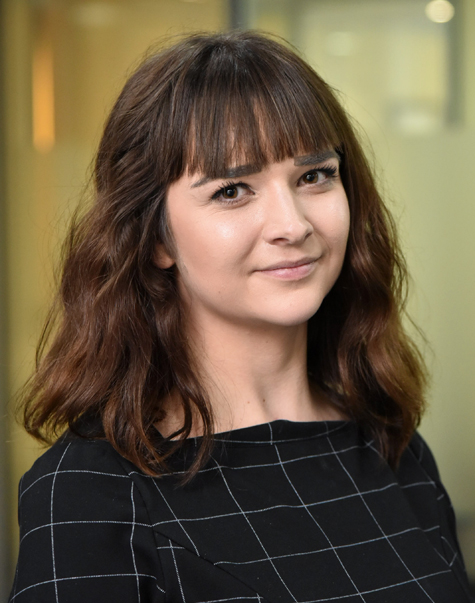 The Royal College of Surgeons of England have found that patients who received vascular service within Betsi Cadwaldr...