The long-awaited judgment of the Supreme Court in the case of Ilott v The Blue Cross and others, was given on 15 March 2017. 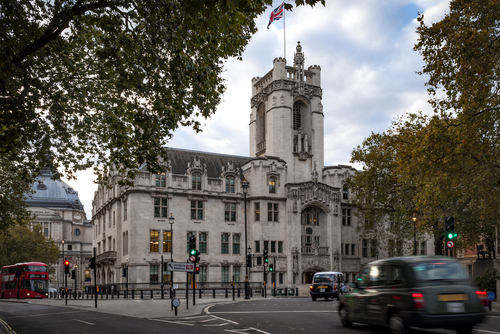 The case had caused some controversy back in 2015 when the Court of Appeal substantially increased a lump sum award to Mrs Ilott from her late mother’s estate, despite the pair’s long estrangement and Mrs Ilott’s very clear wishes to exclude her daughter from her Will and to benefit three charities instead. Her estate was worth approximately £500,000. The original award had been £50,000 but the Court of Appeal increased this to £163,000. Many people felt that Mrs Jackson’s wishes should have been respected and her daughter sent away empty-handed. However, the Supreme Court upheld Mrs Ilott’s original award of £50,000.

The basic facts of the case were that Mrs Ilott was Mrs Jackson’s only child. When she was 17 years old, Mrs Ilott left home secretly to live with her boyfriend, of whom Mrs Jackson did not approve. Mrs Ilott went on to marry this boyfriend (without telling her mother at the time) and they had five children together. This began a long period of estrangement between Mrs Ilott and Mrs Jackson, which lasted for a period of 26 years, until Mrs Jackson died.

Although there were attempts at reconciliation over the years, they failed. Mrs Jackson made several Wills during this period, none of which made any financial provision for her daughter. The reason for this was the estrangement between them. Mrs Ilott’s financial circumstances were modest. She and her family lived in a house rented from the Housing Association. They were in receipt of state benefits, some of which were means-tested. Mrs Ilott wanted to buy her home and she was entitled to a discount as a sitting tenant.

The two dominant factors in this case were the estrangement between Mrs Ilott and Mrs Jackson, and Mrs Ilott’s very straitened financial position.

At the initial trial, the court was satisfied that Mrs Jackson’s Will did not make reasonable financial provision for Mrs Ilott. It awarded Mrs Ilott a lump sum of £50,000 from her mother’s estate.

After several appeals and a cross appeal, the case came before the Court of Appeal for a second time. On that occasion, the Court of Appeal held that the original judge had made two fundamental errors of principle and increased the lump sum award of £50,000 to £143,000, plus a further £20,000 to be paid in one or more instalments. The Court of Appeal was concerned about the impact of the lump sum of £50,000 upon the state benefits that Mrs Ilott and her family received; it wanted to preserve their entitlement to benefits. It felt that the award of £50,000 would have little or no benefit to Mrs Ilott because of the impact on her benefits. The award of £143,000 was specifically intended to enable Mrs Ilott to buy the house she lived in, without affecting her state benefits. The option of a further award of up to £20,000 was also designed to avoid any impact on benefits.

The animal charities appealed the Court of Appeal’s decision to the Supreme Court. The Supreme Court had to grapple with the fundamental question: what constituted “reasonable financial provision” in the circumstances of this particular case? They made it clear that reasonable financial provision means such provision as it would be reasonable for the applicant to receive for maintenance. It is designed to meet recurring expenses, being expenses of living of an income nature. The Supreme Court stated that, although the concept of “maintenance” is wide and flexible, and is not limited to subsistence level, it relates to meeting the everyday expenses of living, as opposed to giving an applicant any or every thing which he or she may wish to have. The power conferred by the Act is to provide for maintenance, not to give capital to the applicant.

The Supreme Court commented that some judges might legitimately have concluded that the very long and deep estrangement meant Mrs Jackson had no obligation to make any provision for her independent adult daughter but, as it was, the judge was perfectly entitled to reach the conclusion that he did, namely that there was a failure to make reasonable financial provision. What reasonable financial provision meant in this case would be coloured by the nature of the relationship between mother and daughter.

The Supreme Court found that the original award of £50,000 was not an award of little or no value to Mrs Ilott. That was because Mrs Ilott had put forward a strong case that she was unable to maintain the ordinary domestic equipment on which every household depends to function adequately, including essential white goods, basic carpeting, and the replacement of broken beds. The Supreme Court found that these items fitted perfectly within the concept of maintenance; the replacement of essential household items is the maintenance of daily living. If a substantial part of the award of £50,000 were to be spent in this way, the impact on the Ilott family’s benefits would be minimised because they would not for long be retaining capital above the ceiling at which entitlement to some of their benefits is lost.

The judgment of the Supreme Court does not make it any more difficult for independent adult children to claim reasonable financial provision from a parent’s estate, but it does highlight some of the difficulties that applications by adult children, in particular, can pose. In particular, the current law offers no guidance as to the factors to be taken into account in deciding whether an adult child is deserving or undeserving of an award of reasonable maintenance.

For example, what weight should be given to facts such as the self-sufficiency of the adult child (albeit their reliance on state funds), their lack of expectation of inheriting anything, their lack of contribution to their parent’s wealth, and their lack of care and support for their parent? None of these issues are dealt with in the Act. The fundamental right to leave one’s property to whoever one wishes must also be considered.

Since the publication of the Supreme Court’s decision in Ilott, judgment in a similar claim by an independent, adult child, has been given. The case of Nahajec v Fowle concerned Miss Elena Alicia Nahajec, the 31 year old daughter of her deceased father, Mr Stanley Nahajec. Mr Nahajec had not made any financial provision for his daughter in his Will and, in fact, had deliberately excluded her and his two sons from his Will, leaving his entire estate to his long-standing friend and executor, Mr Stephen Fowle. Mr Nahajec even left a note to his executor, with his Will, explaining why he did not wish to make any financial provision for his three children, the main reason being that (according to him) he had not had any contact with them for 18 years and he did not believe that they had any interest in his welfare. He also stated that his children were of independent means and did not need any financial provision from him.

Miss Nahajec accepted that she did not have a relationship with her father after her parents’ marriage broke down when she was 11 years old, although this was not for want of trying on her part. The relationship had been rekindled for a short period, between 2006 and 2009, but there was no contact between them from 2009, until Mr Nahajec’s death in 2015, because Mr Nahajec apparently disapproved of his daughter’s boyfriend. The judge considered that the reason behind the absence of a relationship between Miss Nahajec and her father was an issue that fell to be decided by the Court: was the reason as a result of her attitude towards her father, or Mr Nahajec’s attitude towards his daughter, or a combination of both?

Miss Nahajec lived alone in rented accommodation and had two jobs, including employment at a veterinary surgery. She was in receipt of working tax credits. She had debts of about £6,600, largely as a result of her taking time off work for a serious health condition. Her ambition was to become a qualified veterinary nurse and, to this end, she was working additional unpaid hours at the veterinary surgery in order to gain necessary experience. She would have to re-take her GCSEs, and then take a two year diploma in veterinary nursing costing about £11,350. Miss Nahajec wanted sufficient financial provision from her father’s estate to enable her to undertake this course of study with a view to qualifying as a veterinary nurse.

The judge found that Miss Nahajec regretted the absence of a relationship with her late father and that she had made efforts to try to rekindle her relationship with him over the years, but without success. He also found that her ambition to become a veterinary nurse was genuine; it was a reasonable and realistic ambition. If she were to qualify as a veterinary nurse, that would enhance the quality and financial stability of her life. Miss Nahajec received a very modest income and was in straitened financial circumstances.

The judge found her to be an honest witness and accepted her evidence. He considered all of the factors in section 3 of the Inheritance (Provision for Family and Dependants) Act 1975 and concluded that Mr Nahajec’s Will failed to make reasonable financial provision for his daughter; he then went on to consider what financial provision ought to be made for her reasonable maintenance. He decided to award her a lump sum of £30,000, based upon capitalisation of maintenance.

It is clear from these two cases that successful applications by estranged adult children for reasonable financial provision from a deceased parent’s estate are difficult but not impossible; they need to be considered on a case by case basis and the reasons behind the estrangement looked at carefully. Estrangement, in itself, is insufficient to defeat a claim by an adult child.

RT @ClimbingOut_: We’re off!! Great to get started on our Visual impairments programme in the Peak District!! #LiveYourLife #ICan #visua…

New legislation is to come into force on 11 November requiring care home staff to be fully vaccinated against COVID… https://t.co/iKUspR3jlY

Jenny discusses the issues for many employers during the pandemic about how to deal with concerns raised by employe… https://t.co/fSCWlacyv7