Judgment has been given by the highest court in the land, the Supreme Court, in the case of Armes v Nottinghamshire County Council [2017 UKS C60]. 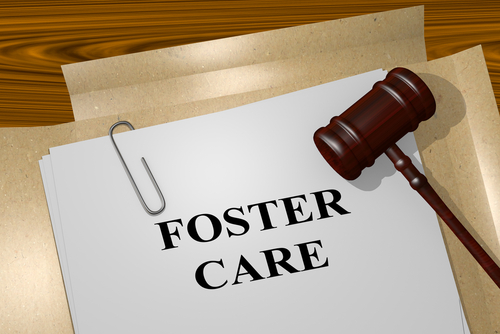 She brought a claim for damages for the injuries including psychiatric injury which she received and consequential losses. It was accepted between the parties that the Local Authority were not negligent in the selection or supervision of the foster parents and that the abuse could not have been foreseen. The claimant argued however that the Council was nevertheless liable for the abuse, on the basis that they were vicariously liable for the wrong doing of the foster parents.

Vicarious liability usually arises in an employment context. If a fellow employee of a claimant is driving a vehicle and drives that vehicle negligently, the employer is nonetheless liable for its employee’s negligence and the injured claimant can bring the claim against the employer. This principle is known as vicarious liability and is well established law.

The claim was dismissed by both the High Court and the Court of Appeal. However, in a landmark Judgment the Supreme Court allowed the appeal, finding that the Council was vicariously liable for the abuse committed by the foster parents. An important part of the claimant’s case was that a decision taken by a Council during her childhood not by her, but by the Council, as between whether to place her in a local authority children’s home, or into the care of foster parents would be the difference between whether or not she was entitled to compensation without proving fault on the part of the local authority.

Had, for example, the claimant suffered the same abuse as she did suffer from the foster parents, in the hands of an employee employed by a children’s home, she would have been entitled to be compensated as the local authority would be vicariously liable for the acts of the employee carrying out the abuse. Until the Supreme Court’s Judgment the claimant, or those in a similar position, were prevented from any remedy from the local authority simply because the relevant abuse had been carried out by foster parents into whose care the Council had placed her.

The Council were vicarious liable for the acts of the foster parents in the Armes case for the following reasons:-

The placement of children with foster parents creates a relationship of authority and trust between the foster parents and children, in circumstances where close control cannot be exercised by the local authority. This renders the children particularly vulnerable to abuse.

The local authority exercise a significant degree of control over the foster parents: it exercises power of approval, inspection, supervision and removal. Micro-management or a high degree of control, are not necessary for the imposition of vicarious liability.

Most foster parents have insufficient means to meet a substantial award of damages whilst local authorities can more easily compensate the victims of abuse.

There was no evidence to suggest that imposing vicarious liability would discourage local authorities from placing children in care with foster parents, and encourage them instead to place them in residential homes, at a much greater cost.

The decision of the Supreme Court now gives parity for victims, whether their abuse was caused by a council care home employee or by a local authority appointed foster parent.

Judgment has been given by the highest court in the land, the Supreme Court, in the case of Armes v Nottinghamshire C...