In 2013, the government launched Personal Independence Payment (PIP) to replace Disability Living Allowance (DLA) for individuals between 16 and 64 who require financial assistance to help with the extra costs caused by long-term ill health or disability. 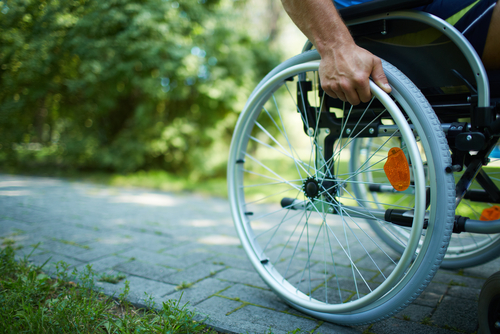 In certain circumstances, payments can be made to assist with mobility. Individuals are assessed to establish whether they qualify for either the standard or enhanced rate (previously the lower or higher rate, under DLA) for their mobility needs.

Whilst the rates have remained the same between DLA and PIP, the eligibility criteria have changed, resulting in over 50,000 people losing their specially adapted vehicles. This has cost numerous individuals their jobs and their independence. Due to the change in the criteria, the effect has been particularly detrimental to those who have suffered a lower limb amputation.

Individuals can spend their mobility allowance as they wish to best accommodate their needs. For example, someone who travels only short distances may spend their allowance on taxis, whilst others who travel further, such as to their place of work, may require their own (often specially-adapted) transport.

Under PIP, only those who can stand and then move less than 20m will qualify for the enhanced rate. The PIP Assessment Guide states that ‘‘Standing’ means to stand upright with at least one biological foot on the ground with or without suitable aids and appliances’. Aids and appliances may include walking sticks, crutches and even prostheses. Previously, an individual who could move no further than 50m would qualify for the higher rate under DLA.

The consequences of this change have been severe for many. To put it in real terms, consider an individual who is able to move, with aids, around their house and to their car but requires a wheelchair once at their destination. Previously, someone in this situation would have qualified for the higher rate and, subsequently, the Motability Scheme but is unlikely to be eligible under PIP.

If that wasn’t enough, there is also now a requirement under PIP that a claimant’s health condition or impairment must have been present for at least three months at the time of their assessment and be expected to last for at least a further nine months.

Why are the changes such a problem for lower limb amputees?

The best way to demonstrate the true effect of the changes is by way of an example.

Suppose you are unfortunate and find yourself in a road traffic accident. Up until that point, you were healthy and had no disabilities – you visited family, socialised with friends and worked Monday to Friday. Life was very 2 point 4. As a result of the accident, your right foot is amputated.

It takes no stretch of the imagination to begin to understand the difficulties you will face getting around. In the early stages, you may not be allowed to use crutches and will rely on a wheelchair to move about. Your leg will need to heal before you can be fitted for a prosthetic limb and, even then, the process can take some time. During this period, how will you get out of the house, visit friends and relatives, take your children to school? What about grocery shopping or even going to work?

Under DLA, you would have qualified for the higher rate mobility payments, being unable to walk further than 50m. You could have applied to the Motability Scheme to lease a specially adapted vehicle during your recovery and lived your life as independently as possible.

Even if you are initially unable to move further than 20m, you will probably struggle to satisfy the PIP time requirements to claim any benefit. Three months before the accident, you had no disability. In nine months’ time, it is most likely that you will have a prosthetic limb or at least be competent to get around using crutches and move more than 20m. You will not qualify for the enhanced rate mobility payments under PIP and you will be barred from the Motability Scheme. You will have no specially adapted transport and you will therefore be unable to go out.

It is imperative that people who suffer from a lower limb amputation do not lose their independence. Being confined to one’s house will not aid any recovery and preventing someone from getting to work, and potentially losing their job, benefits no one.

The media will often espouse the view that people take advantage of disability benefits and the system needs reforming so that only those who really need help receive it.

Following the 2013 reforms and introduction of PIP, someone who has suffered such a life-changing event as losing part of their leg is apparently no longer deserving of this help. Does society really begrudge an individual, in such a devastating situation, the best opportunity to recover, maintain their independence and lead a normal life?